Learn more
about us 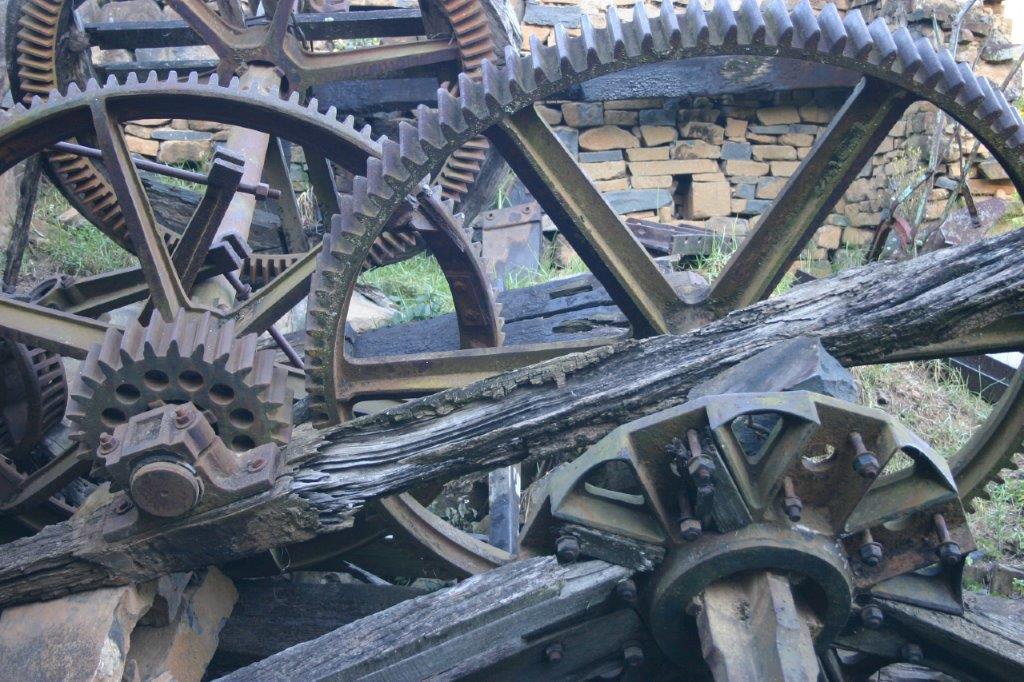 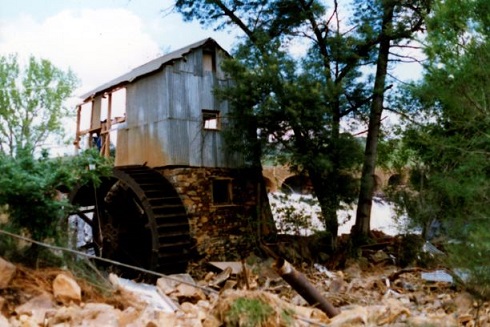 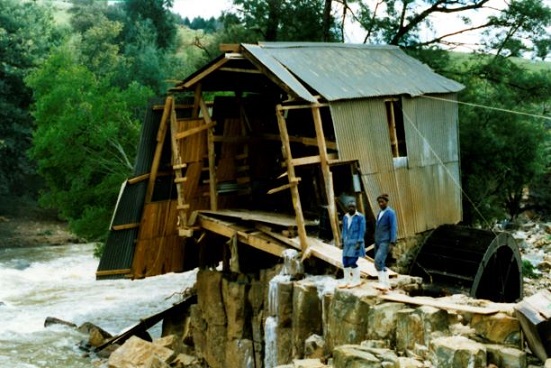 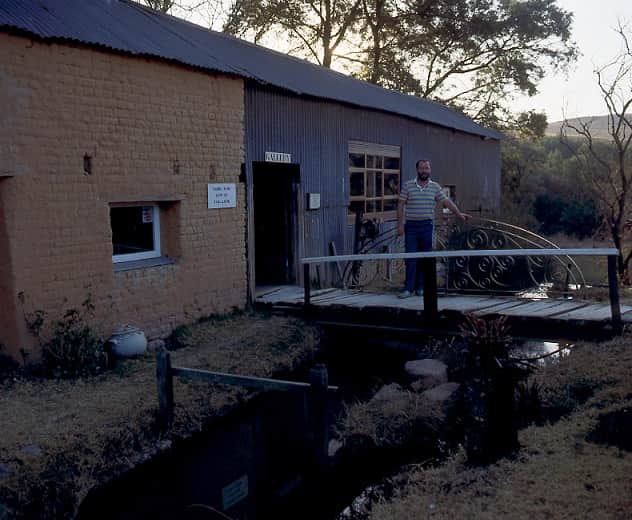 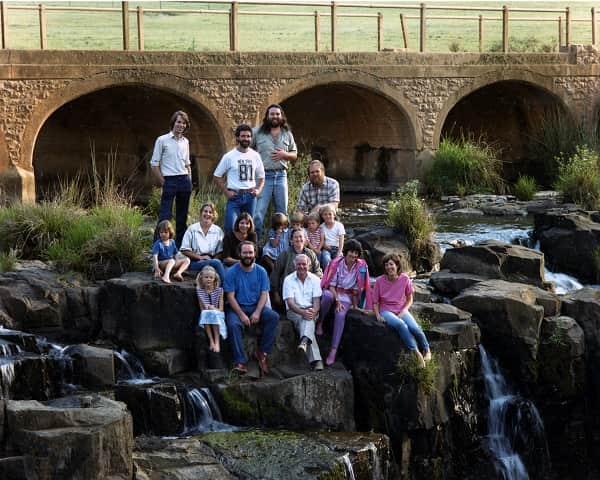 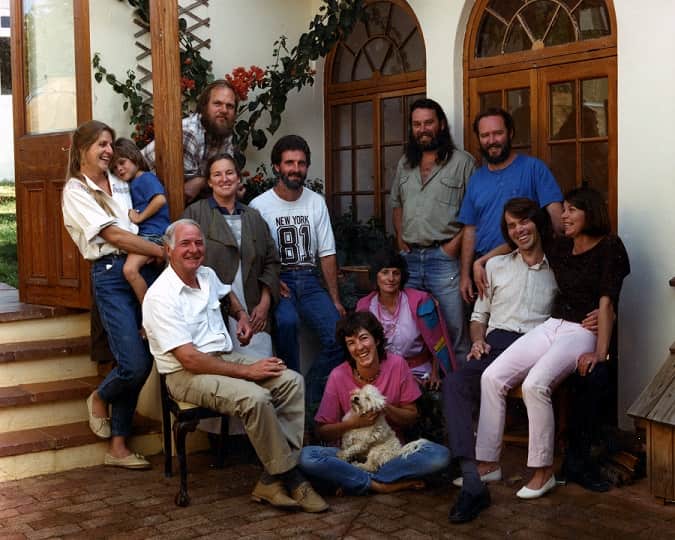 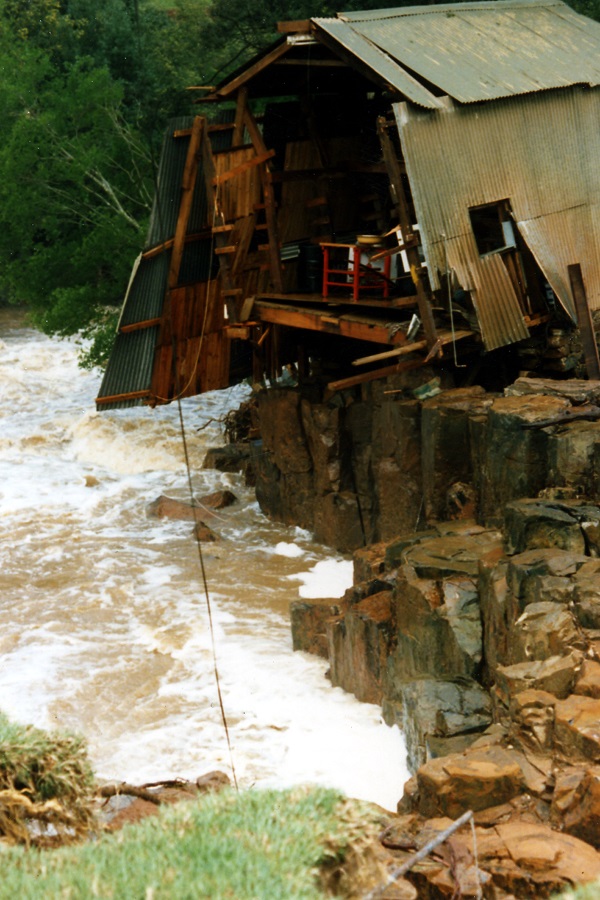 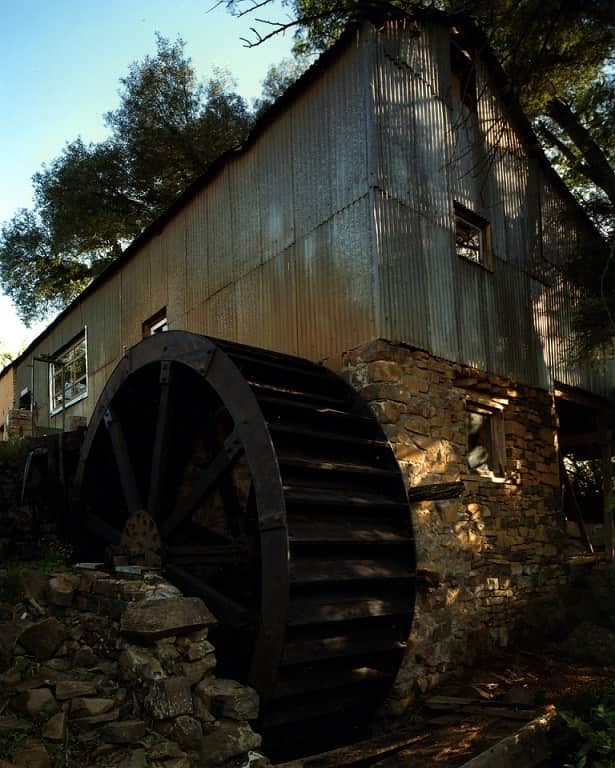 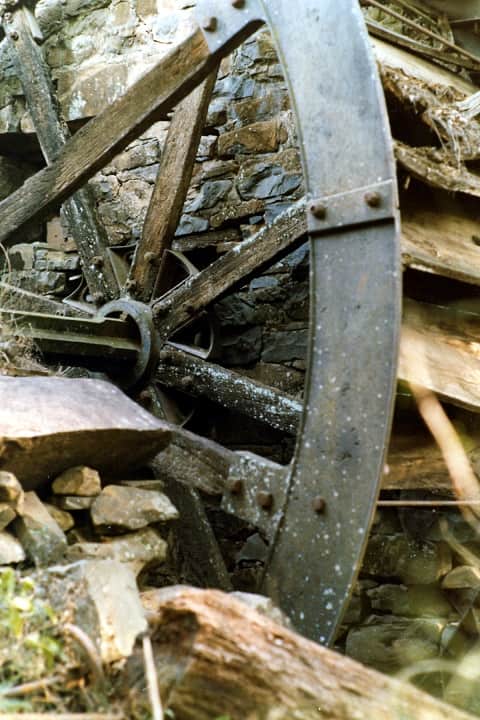 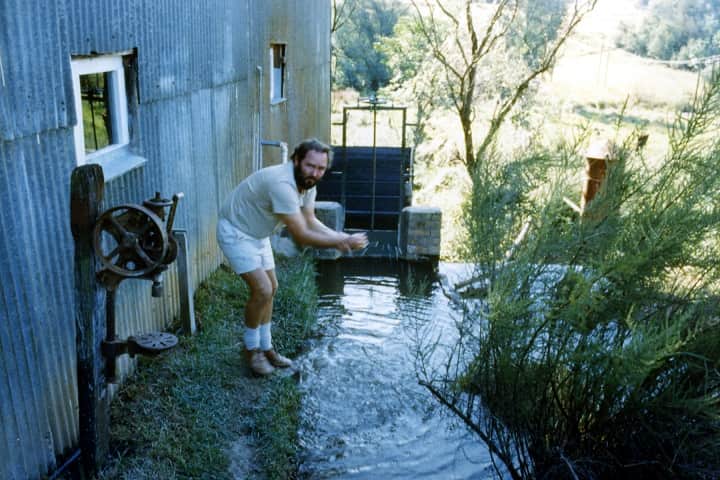 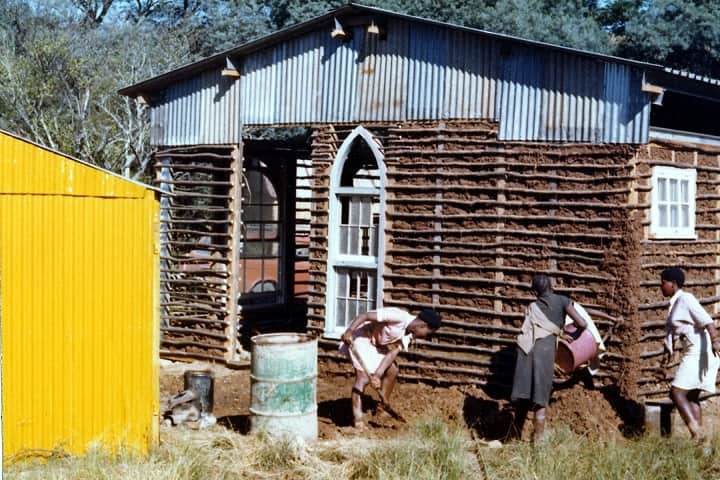 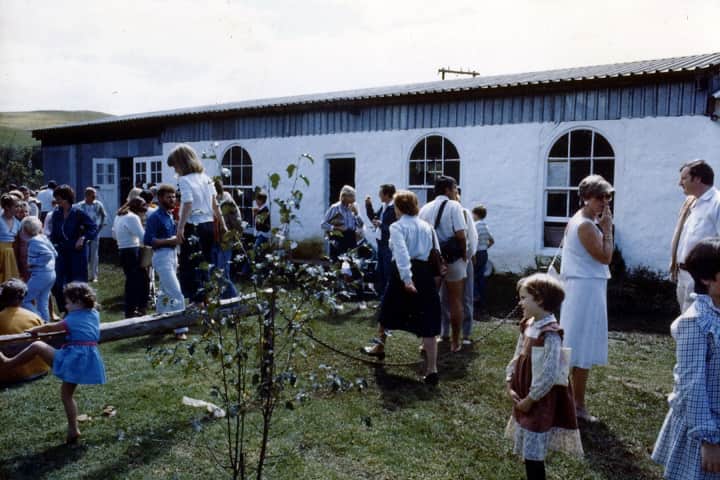 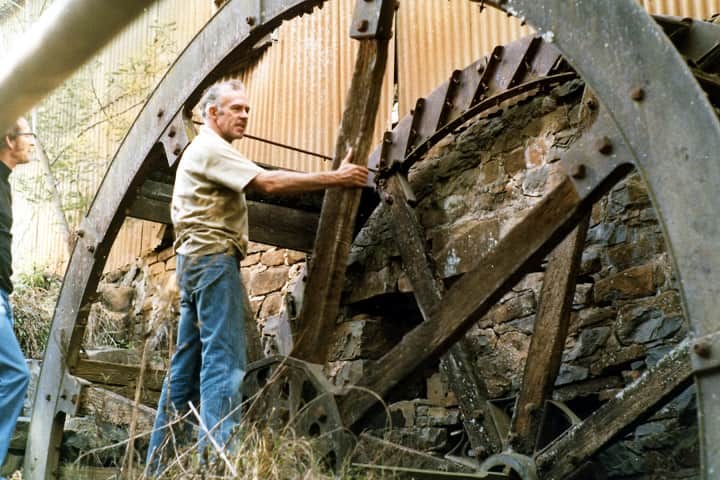 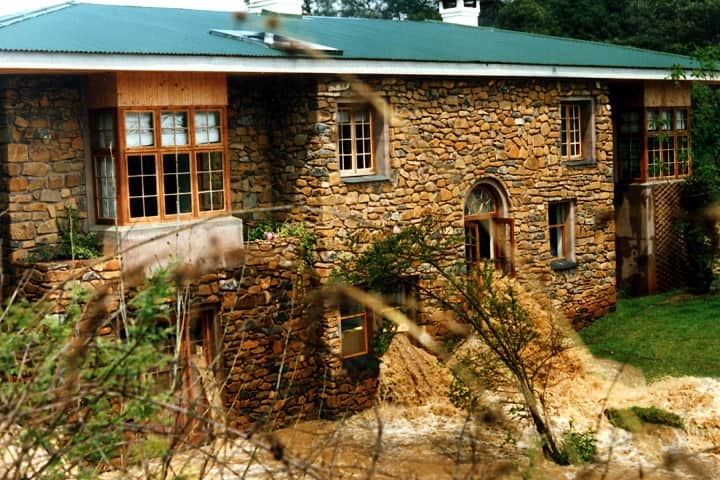 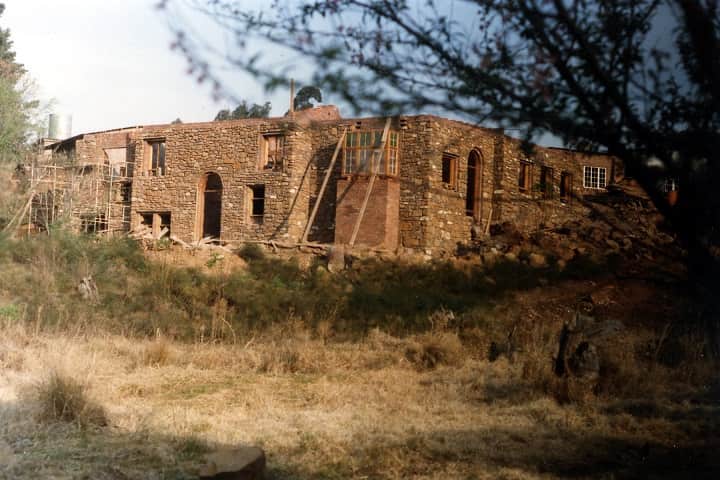 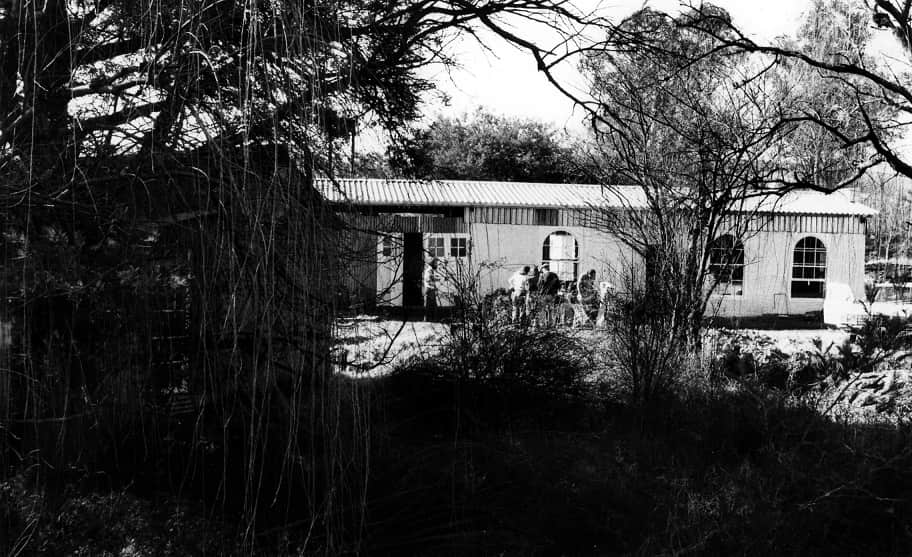 Boschfontein no 901, the original farm 6208 acres in extent, was given to Christoffel Botha on a free grant in 1850. In the same year, Botha sold the farm to Gerrit Jacobus Naudé, who built the original homestead Boschfontein, which is still in use today.
Naudé sold off 2 208 acres to John Lidgett, through his Natal agent, J E Methley.

Still, in 1850, Lidgett acquired 10 000 acres for his settlement scheme. This comprised

Richard Gower Hodson (17) and James Jefferies Hodson (15), sailed from London aboard Lidgett’s ship, the “Nile”, on 14 June 1850. They traveled under the care of their uncle and aunt, Dr and Mrs Gower, and their four daughters.

On the same ship were Mr and Mrs G Franklin, their two sons and four daughters, one of which, Jane, was later to marry James Hodson.

After a fortnight spent in D’Urban, purchasing supplies and acquiring transport, the party set off for Lidgett Town. Apparently James left a week before the others, and this could account for the discrepancy in sources as to whom the transport was hired from. Three different transport owners are given:

It could be that James proceeded with Mr Few’s wagon, while Richard and the Franklins followed a week later in Karnish’s wagon and Jee’s cart. No mention of Mr Lello is
made in the primary sources.

The Hodson brothers had secured three plots (60 acres), one of which was on the
Mpofana River. They named it “Caversham”.

At this stage the river was called Mpofana. It was only some time after 1860, when the last Lion in the district was shot in a deep ravine on the farm Weltevreden (now St Ives), that the river was renamed the Lions River.

The Hodsons later purchased a further 21 plots from settlers who left, making the final
size of Caversham Farm 480 acres.

It would seem that James and Richard built the mill between 1852 and 1853. Richard
was 17 to 18 years old and James 15 to 16 years old. (Some sources say that the mill
was erected in 1858.) They made the wheel buckets out of yellow wood and sneeze
wood, which had been cut in the local bush. These trees they then cut into planks, no
mean achievement for amateurs. Using a stone foundation they then placed the beams
and used corrugated iron for the walls. They used yellow wood for the rafters as well as
the floor. The millstones were purchased in Pietermaritzburg and the workings were
originally made of wood. It was the first water driven mill to be erected in Natal.

The Franklins did not stay long, leaving for Melbourne in 1852 to return only four years
later. This must have been a very sad time for young James as he and Jane Franklin
had fallen in love on the journey over from London.

Richard operated the mill, while James joined a fellow “Nile” passenger, Peter Girault, in cutting timber in the surrounding forests.

The Franklins returned in 1856 and James and Jane, now both 20 years old, were married on the 14 th January 1857. They moved into the little “Slab House” built by James at Caversham. One source says that James built and lived in the “Slab House” and built the homestead at Caversham when he married Jane. No matter, they subsequently went on to have 7 sons and 4 daughters.

After James’ marriage, Richard sold out his share to James and went to join Girault in
the timber business. He was also a piano tuner in the district.

In 1888 James bought the iron machinery for the mill workings from Van Der Plank’s Mill on the uMsunduzi in Pietermaritzburg since the original mill was “about worn out”. The wheel and cogs were of metal while the millstones were made of Scottish granite.

On September 6 th 1887, high winds caused a huge veld fire that raged down the
Balgowan Valley and jumped the Lions River, completely destroying the little settlement
at Caversham. Only the church (now Caversham Press) was left standing. The
Hodsons’ lost virtually everything except the clothes they were wearing.

During his lifetime, James Hodson held various government positions: Postmaster at
Caversham, Field Cornet (he served in the Langalibilele Rebellion), Sheep Inspector
(from Drakensberg Gardens in the west to Table Mountain in the east) and Justice of the
Peace. In addition, he owned a store in Pietermaritzburg around 1864.

Jane died on the 28 th February 1928 and James died 18 months later on the 29 th August 1929, aged 84 and 85 respectively. They lie buried in the Caversham churchyard at
Caversham Press.

Richard, son of James, continued to operate the mill until it was closed down in 1935 by the Mealie Act.

For many years the mill stood abandoned and in disuse and served only as a farm
storeroom. It fell into disrepair. Much of the yellow wood and iron was plundered.

Potter David Walters, a keen conservationist, bought the Mill in 1978. He and his father
restored much of the old mill to its former glory and used it as a pottery studio.

It is interesting to note that potters David Walters and Ian Glenny, and artists Vim and
Tina du Roubaix conceived the idea of the Midlands Meander at Caversham Mill.

On the 28 th and 29 th September 1987 the flooding Lions River destroyed the mill. This
was the result of floodwaters damming up against the stone bridge that had become
choked by debris from upstream. Heartbroken at the mill being washed away, David
sold the property.

Dr John Buckle then bought Caversham Mill in 1987. John, a chemical engineer from
England, established a paper and art restoration business in the studio overlooking the
waterfall.

In July 2001, Mark and Marian Macaskill bought the Caversham Mill Restaurant and
cottages. They ran a very successful Mediterranean style restaurant from Wednesday
to Sunday for lunch and dinner.

And finally in July 2004, Terry and Diana Acres who were already owners of the
neighboring property, Impafana Country Cottages, purchased Caversham Mill.

Thanks to various sources including:
David Walters
The Hodsons: A Family History by Jacquie Yallup

We use cookies on our website to give you the most relevant experience by remembering your preferences and repeat visits. By clicking “Accept All”, you consent to the use of ALL the cookies.
Reject AllAccept All
Manage consent

This website uses cookies to improve your experience while you navigate through the website. Out of these, the cookies that are categorized as necessary are stored on your browser as they are essential for the working of basic functionalities of the website. We also use third-party cookies that help us analyze and understand how you use this website. These cookies will be stored in your browser only with your consent. You also have the option to opt-out of these cookies. But opting out of some of these cookies may affect your browsing experience.
Necessary Always Enabled
Necessary cookies are absolutely essential for the website to function properly. These cookies ensure basic functionalities and security features of the website, anonymously.
Functional
Functional cookies help to perform certain functionalities like sharing the content of the website on social media platforms, collect feedbacks, and other third-party features.
Performance
Performance cookies are used to understand and analyze the key performance indexes of the website which helps in delivering a better user experience for the visitors.
Analytics
Analytical cookies are used to understand how visitors interact with the website. These cookies help provide information on metrics the number of visitors, bounce rate, traffic source, etc.
Advertisement
Advertisement cookies are used to provide visitors with relevant ads and marketing campaigns. These cookies track visitors across websites and collect information to provide customized ads.
Others
Other uncategorized cookies are those that are being analyzed and have not been classified into a category as yet.
SAVE & ACCEPT